Sennheiser’s range of capsules are made up of ME, MMD, MD, KK and MMK codes. Each code has a different function and are compatible with various Sennheiser handheld transmitters.

For increased microphone sensitivity:  An electret condenser microphone requires an electric charge which is supplied by a “electret” within the makeup of the capsule.  No external voltage (phantom power) is required to charge or “polarise” the capsule.  Often used for sensitive instrument and vocal applications.

For even greater sensitivity:  A higher voltage (phantom power) is required to increase the sensitivity of the capsule.  This is supplied by a battery in a wireless transmitter or direct from the mixer in the case of wired microphones.   Ideal for soft vocals, instruments, distance, low level delicate sound sources and higher frequencies.

For loud and strong sounds:  Dynamic microphones do not require an electrical charge.  The function is the reverse of that of a speaker, i.e. the sound moves the diaphragm which is attached to wire coil around a permanent magnet, creating a voltage which is amplified by the mixer.   Best used for capturing loud vocals and strong instrument sounds and drums.

In Sennheiser terminology an SKM is a handheld transmitter and each of the below models come in a variety of different frequency options which you can choose depending on your application, mostly commonly CH38, CH70 and 1.8GHz.

The below product families are now discontinued and not available to purchase but if we’ve still included them in you have existing inventory that you are still using.

We have put together a really helpful and printable A4 matrix chart that shows you exactly which Sennheiser capsules and handheld transmitters are compatible. Download your copy via the PDF below. 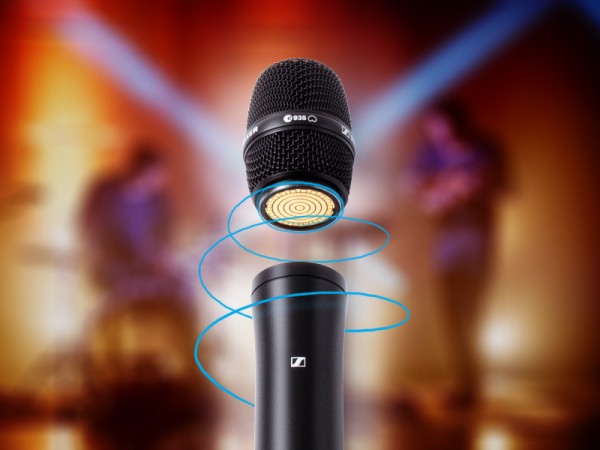